Cempoala is one of the most important cities of the Gulf Coast. Although there is evidence of the Olmec style in the settlement, it was the capital of the Totonacs, who dominated a large part of the territory of Veracruz and the north of the State of Puebla, where Totonacs, Chinantecs and Zapotecs coexisted; gathering around fifty towns.
During its most important period, Cempoala had 25 or 30 thousand inhabitants. One of its most outstanding characteristics is a set of staggered rings that according to some researchers was a tool built with the purpose of measuring time.
Site Description
The planning of the distribution of the buildings that make up the site is based on the use of “Walled Systems,” with the main objective of protecting the buildings from frequent flooding. All the tall buildings have narrow stairways and high inclination, while the platforms and the entrances of the enclosures have wide openings and short inclination; all of them flanked by wide ‘alfardas’.
The site has several sets of hillocks surrounded by walls. The civic-ceremonial area covers a space of 4,300 square meters where the Pimiento Building, the Palace of Moctezuma, the Temple of the Cross, and the Building of the Caritas are located. The Walled System IV was composed of the Great Temple to the north, the chimneys to the east and to the west the Great Pyramid; and the Temple of the God of the Air.
The tour requires a minimum of 4 participants to be booked through this means. For additional requirements and doubts, please contact our call center.

Arrival and check-in at México Verde
2

Transfer back to the camp
7 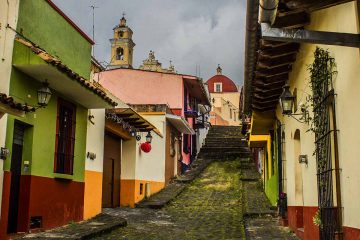 Tour of Xalapa and the Anthropology Museum

The unique structure of its streets, alleys,
5 hrs.
Family

Experience a plantation through a tour of
5 hrs.
Family 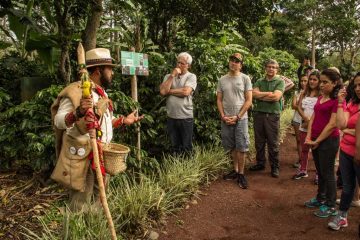